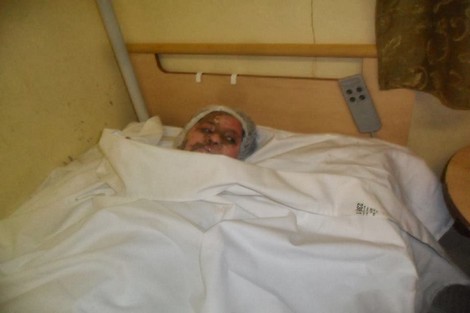 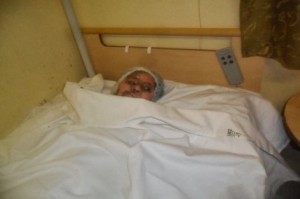 The Polisario leadership has kept a guilty silence on the death of nine Sahrawis, all members of a same family, whose charred corpses were discovered on Feb. 18 near the Mauritanian border.
The disaster took place in the Eddoukj village, near the Mauritanian border, where Ahl Najem family had stopped to have some rest under a tent. But while the family ten members were fast asleep, the tent caught fire for unknown reasons and nine persons, including an infant and a five year old child were burnt to death.
The eldest daughter, Fatimatou Bent Najem, was the only survivor who came out with second degree burns. She was evacuated to a hospital in the Mauritanian northern city of Zouerate. This city is by the way hosting a large Sahrawi community.
The victims of this tragedy have reportedly fled the Tindouf camps and were heading towards Mauritania, to escape the reprisals of the Polisario torturers.
This new human misfortune took place about a month and a half after the murder of two young Sahrawi tradesmen who were shot in cold blood by soldiers of the Algerian army, near the Mauritanian border. The circumstances and reasons of the murders have not yet been elucidated.
In both cases, neither Algerian authorities nor the Polisario’s security services have opened an investigation as they fear the results of such investigations might trigger new turmoil in the Tindouf camps that have been witnessing for over a month a series of demonstrations and protest movements.
Relatives of the victims burnt to death, who deem as insulting the guilty silence observed by Mohamed Abdelaziz and his lieutenants, hope that the survivor Fatimatou would, after her recovery, inform the international public opinion on the exact circumstances of the fire.
Meanwhile, many Sahrawi activists claim that the death of the nine Sahrawis was a premeditated act committed by Polisario security agents to punish Ahl Najem family for having escaped the Tindouf camps.
These activists request the opening of an international investigation to determine the circumstances of the killing of the two tradesmen and the causes of the mysterious fire that killed nine people.