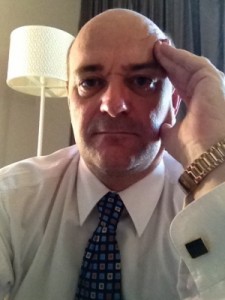 A Spanish writer reveals in a new book the true face of the Polisario leaders and unveils the inhumane practices they have been inflicting on the Sahrawis sequestered in the Tindouf camps for almost 40 years.
In his new book, “Polisario: un frente contra los derechos humanos y la seguridad internacional” (Polisario: a front against human rights and international security), to be presented next Tuesday in Madrid, the Spanish writer and journalist Chema Gil devotes the first part of his work to a historical survey of the Western Sahara conflict.
This section expounds concrete and historical evidence illustrating that the disputed Sahara territory belongs to Morocco and that allegiance links between the inhabitants of Western Sahara and the sultans and kings of Morocco have existed since time immemorial.
Chema Gil argues that the Polisario Front is a mere puppet entity that represents neither the Sahara nor the Sahrawis. The separatist movement is led by outlaws whose “main concern is their own interests,” he says.
In the second part of the book, the author deals with the gross human rights violations perpetrated by the Polisario leaders against civilians.
Chema Gil, who is also expert in North African issues, addresses in the third and final part the aspects of international security in the Sahel-Sahara strategic region.
The Spanish journalist who had already published a book entitled “Lo que el Frente Polisario esconde” (What lies behind the Polisario) intends through his new book to enlighten the public opinion, Mainly in Spain, about the true face of the Polisario and to provide detailed insights into what is really happening in the Tindouf camps on Algerian soil.
Gil unveils thus the propaganda policy of the Polisario and its inhumane practices in the Tindouf camps as well as the questionable activities of some of its leaders and staff with focus on their collusion with terrorist groups and traffickers’ networks operating in the Sahel strip.