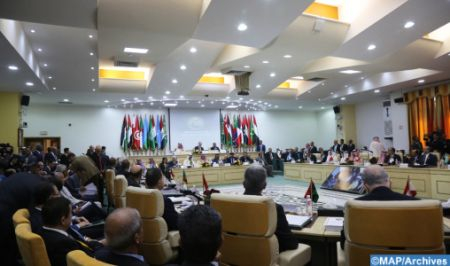 The 39th session of the Council of Arab Ministers of Interior opened Wednesday in Tunis with the participation of Morocco. Interior Minister Abdelouafi Laftit leads the Kingdom’s delegation to this session, which will be marked by the presentation of reports on the activities of the General Secretariat of the Council of Arab Ministers of the Interior and the actions of the General Secretariat and the Naif Arab University for Security Sciences. This meeting, which is held in the presence of delegations representing the Arab League, Interpol, the Arab Maghreb Union and the European Union, will discuss several issues related to inter-Arab security cooperation in the face of security challenges. During this session, which will also be attended by representatives of the UN office of counter-terrorism and the Arab Police Sports Federation, the Arab ministers will have to consider the draft tenth step plan of the Arab strategy to fight the illicit use of narcotics and psychotropic substances.