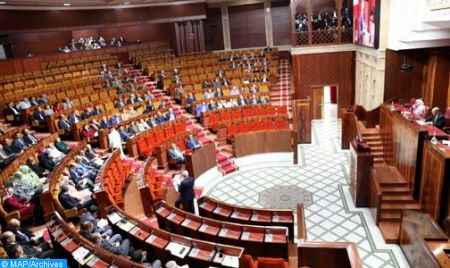 The House of Representatives took part in the 1st ordinary session for 2022 of the Parliament of the Andean Community of Nations, held in Bogota from February 28 to March 2. The delegation of the House of Representatives was formed by the two members of the national parliamentary section to this regional institution, namely the deputies Fatine El Ghali of the group of the National Rally of Independents (RNI) and Mohamed Touimi Benjelloun of the group of the Party Authenticity and Modernity (PAM). According to a statement by the House, this participation is part of the support of the work of the Andean Parliament, to strengthen the bonds of friendship with representatives of the peoples of Andean countries and deepen parliamentary communication with this region of the world. The Moroccan delegation participated in the work of the plenary session and meetings of standing committees, primarily the Committee on Foreign Policy and Parliamentary Relations, the statement said. On the sidelines of this participation, the members of the parliamentary delegation held a meeting with the president of the Andean Parliament, Juan Pablo Letelier Morel, during which they reviewed the progress made by the Kingdom of Morocco in various areas thanks to the vision of HM King Mohammed VI, including in relation to the aspects of the New Development Model, such as the generalization of health coverage, strengthening the social state and respect for human rights and women’s rights. Emphasis was also placed on the progress being made in the southern provinces of the Kingdom, through commercial and economic investment and strengthening infrastructure, said the same source, adding that the meeting was an opportunity to denounce all inhumane practices and serious violations perpetrated by the “polisario”. For his part, Letelier Morel welcomed the progress made by the Kingdom of Morocco in all areas, as well as the strength of historical ties between the countries of the Andean Community and Morocco, affirming the willingness of the Andean Parliament to develop mutual relations. He also reiterated his unconditional support for the territorial integrity of the Kingdom of Morocco.