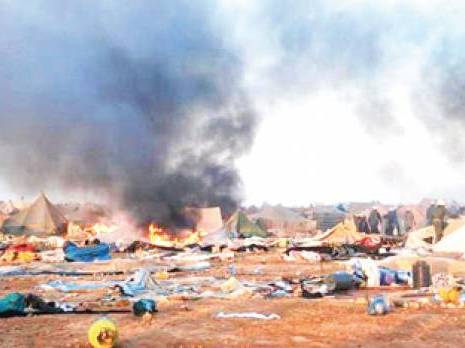 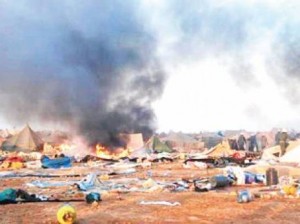 In Western Sahara, the secret war between the separatist associations that compete for external funding, mainly from Spain and Algeria, has prompted the Polisario to restore order in the ranks of its supporters.
Rifts between pro- Polisario associations were caused by an artificial increase of the number of these associations that claim to be human rights advocates. Vying the lavish subsidies provided to the separatists by Spanish NGOs and the Algerian intelligence services, new associations are set up on a daily basis in Western Sahara.
According to well-informed sources in Laayoune, the financial aid is extended through the back door to the Polisario’s most faithful activists and is mainly used in organizing protest movements and demonstrations against the Moroccan law enforcement forces.
The amounts distributed are used to purchase or lease vehicles, manufacture incendiary devices and pay teenagers who accept to participate in the protests. However, the profusion of financial resources resulted in a profusion of associations, which inflated pro-Polisario militancy, created disorder and contributed to weaken pro-Polisario actions.
The same sources explain that these associations are caught up in a frenzy whenever a foreign delegation is visiting the Western Sahara. When an association is organizing a pro-Polisario demonstration in a neighborhood of Laayoune for example, another rival group summons a rally in another district of the city. Instead of serving the pro-independence thesis, these simultaneous events rather stand as disruptive factors.
In a bid to restore order within the ranks of its supporters, the Polisario, with the help of the Algerian military intelligence services (DRS,) decided to limit the number of subsidies recipients, said the same sources.