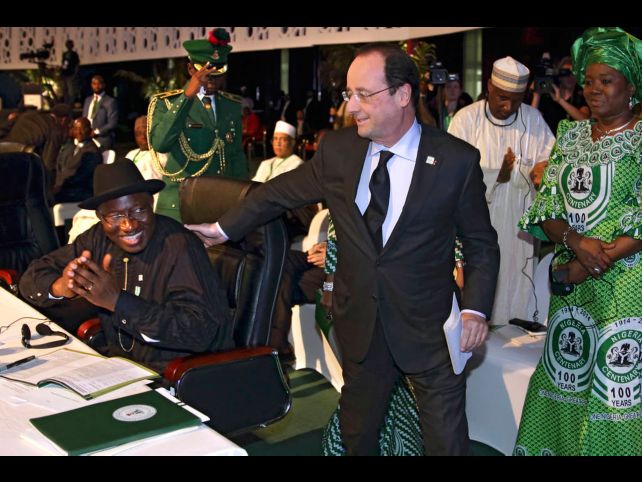 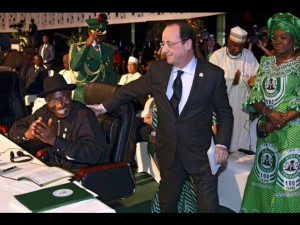 The Polisario Front leader, Mohamed Abdelaziz, has recently fallen in the trap of his infatuation with propaganda.
The leader of the Sahrawi separatists has been inflicted a slap in Abuja when he was sneakily trying to have a souvenir photograph with French President François Hollande that he was planning to use for his own propaganda purposes.
But he did not measure at fair value the vigilance of the French President’s protocol services which grasped the intentional manoeuvre of Mohamed Abdelaziz. He had actually devised a staging to get a picture with the French Head of State that would have been well worth its weight in gold especially as some diplomatic tension is currently prevailing over relations between Rabat and Paris.
As François Hollande was in Abuja last Thursday to attend the celebrations of the centenary of the unification of Nigeria alongside other African heads of state, Abdelaziz, who was as usual accompanied by a photographer, was looking for an opportunity to shake hands with the French President and immortalize the scene in a picture.
But the French President, warned in time by his protocol services about the Polisario leader’s intentions, quietly left the dais while Abdelaziz was exchanging greeting with some guests of Nigeria’s Goodluck Jonathan.
François Hollande has narrowly avoided the handshake incident that would have undoubtedly exacerbated the current diplomatic shill between France and Morocco.
Part of his propaganda schemes, Mohamed Abdelaziz is used to take pictures with foreign political figures that Algeria-funded and Polisario-controlled websites circulate as an evidence that he is in the good graces of these personalities.
According to sources from behind the scenes in Abuja, the Polisario leader was seeking rapprochement with the French president also because he feared France would exert some kind of pressure on the Nigerian government to make it withdraw its recognition of the Sahrawi Republic “SADR.”