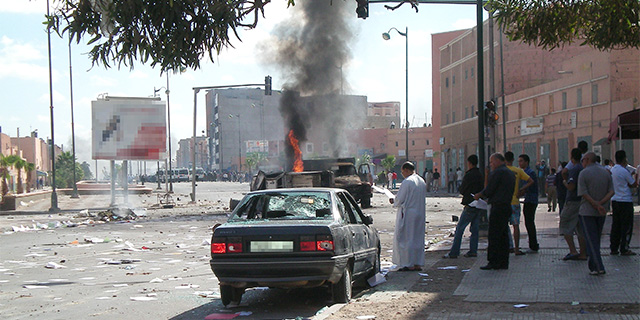 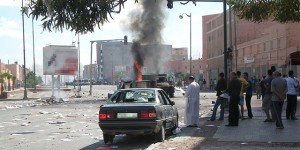 The Polisario leaders who have been gradually abandoned by Cuba and its instructors have resorted to the services of a Serbian mafia group that helps them put into practice their separatist theses.
Thanks to the money of the Algerian State’s slush funds, the Polisario leadership has hired a subversive Serbian NGO, specialized in orchestrating popular insurrections, to sow disorder in Western Sahara.
According to Global Research, a Montreal-based centre of research on globalization, the Serbian NGO, known as “CANVAS” (Center for Applied Nonviolent Action and Strategies,) is currently conducting, as ordered by the Polisario, subversive actions in Morocco’s southern provinces.
In a paper by Ruben Ramos, Global Research recalls that CANVAS was created in 2004 by two Serbian activists who were fighting the power of the ex-Serbian leader Slobodan Milosevic.
The two men, Srdja Popovic and Slobodan Dinovic, were members of a Serbian organization of politico- military instrumentalization called OTPOR (resistance in Serbian,) said the same source.
According to the paper posted on mondialisation.ca, Global Research website, CANVAS is behind popular insurrections in a hundred countries, including some in North Africa notably Morocco, Tunisia, Libya and Egypt. And of course, Algeria which supports and finances the Polisario is spared.
The modus operandi of CANVAS is to encourage the people of the targeted countries or regions to rise up against ruling governments. The NGO also organizes trips to Serbia for young “leaders.” These trips are sometimes financed by European and American institutions.
These young people benefit from training to insurrection methods, mobilization and uprisings in the streets and public squares and via the web.
The would-be insurgents are trained to other techniques such as assault and escape tactics, making and use of explosives, burning of vehicles, obstruction of traffic, destruction of public and private property, attack of institutions, sabotage, looting of shopping centers, propaganda tactics and other insurgency tactics.
Social networks have actually revealed that these are precisely the same procedures used by young Sahrawis who are paid by the Polisario and the Algerian regime to do the dirty job in Western Sahara.