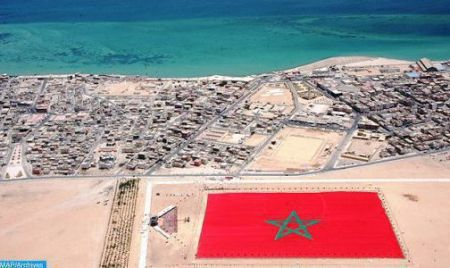 The opening of many consulates in Dakhla and Laayoune clearly illustrates the status of the Southern Provinces of Morocco as an engine of continental development, said Michele Cammarano, head of the Regional Council of Campania, who is also the president of the 3rd Special Commission “Inner Areas”. “The opening of many African and Arab consulates in Dakhla and Laayoune is a clear confirmation of the status of the southern provinces of Morocco as an economic but also political engine of Africa,” Cammarano said in a statement to the Giornale di Salerno, on the sidelines of his talks with a delegation from Dakhla, who is visiting the Italian province of Salerno. In this regard, the Italian official welcomed the fruitful exchanges with the Moroccan delegation, as well as the prospects for cooperation and partnership between the two sides in different areas, with the aim of “building new synergies and institutional relations”. These talks, which took place at the Regional Council of Campania, “are part of the cultural and commercial exchanges with Morocco with the aim to encourage synergy between institutions and businessmen through the excellent relations between the Italian region and the Kingdom, a major player in the field of large investments, with a fast growing market,” he added. This first meeting with the delegation of Dakhla, made up of the president of the Provincial Council of Oued Eddahab, Mohamed Salem Hammia, and the President of the Chamber of Commerce, Industry and Services of the Dakhla region, Jamal Boucif, and held in the presence of the Consul General of Morocco in Naples Abdelkader Naji, reflects a fruitful collaboration, Cammarano stressed, noting that “the common will is to consolidate and strengthen the relations already established between our regions”.