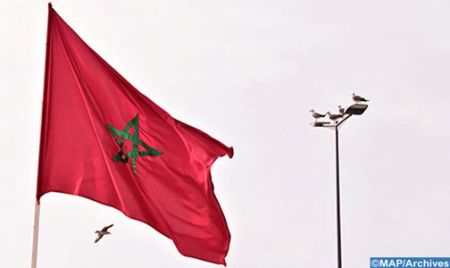 – Moroccan authorities have again asked Amnesty International (AI) to provide evidence and arguments on its arbitrary accusations of Morocco’s possession and misuse of Pegasus software against civil society activists, ”in accordance with the requirements of objectivity and professionalism dictated by the long tradition of human rights, as a guarantee of credibility”. In a statement issued on Friday, the Inter-ministerial Delegation for Human Rights (DIDH) said that the public authorities have affirmed, in response to AI, which issued a statement on March 9 in which it persists in its arbitrary accusations, that this organization is once again unable to provide the irrefutable argument and material evidence to support its allegations. In order to enlighten public opinion, the statement added, the public authorities reaffirm what they have regularly expressed on this subject, stating that the executive director of AI in Morocco was informed on June 26, 2020 of the astonishment of the Moroccan authorities in the face of the allegations of the organization and its refusal to provide material evidence that corroborates its allegations while reiterating the request of the authorities to submit to them arguments of its assertions. Similarly, the head of government sent a letter to the Acting Secretary General of Amnesty International on July 1, 2020 asking him to provide material evidence of the said allegations, the same source recalled. The statement said that the Moroccan authorities have reformulated, after the Council of Government of July 2, 2020, their request to be informed of the fate of evidence and arguments on which the organization relies in its allegations. The same source recalled that the head of government gave a statement on July 9, 2020 about the response provided by the Acting Secretary General of the organization and in which he said that the Organization has not provided in its response any evidence that can credit its previous accusations and allegations, reiterating the call to this organization to make available to the Moroccan authorities a copy of the report of the scientific expertise on which it is based to peddle its allegations. The Moroccan authorities have sent a letter to this organization on February 28, formulating once again the request for evidence and material arguments of said allegations, concluded the same source.