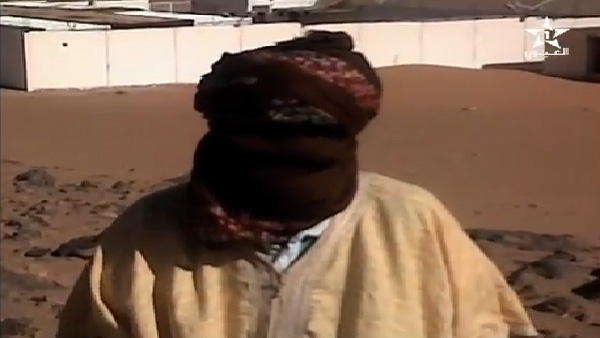 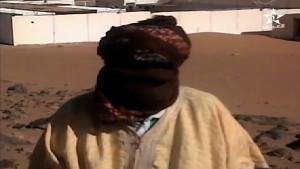 An unusual pandemonium has been gripping the Tindouf camps since the release of a video by the TV channel “TVM Laayoune” on the ordeal of the Sahrawi populations sequestered on Algerian soil.
A young Sahrawi dissident from Rabouni said that the Polisario leadership decreed general alert and armed elements of the security services were seen interrogating people on the identity of the man speaking in the video shot in the camps and broadcast by the Moroccan regional TV channel.
According to leaks from the camps, the man is a militant of the “Youth for Change” movement which is struggling against the abuses committed by the Polisario armed militia. The young man wanted to unveil through his video-testimony the blockade imposed for almost 40 years to the populations confined in the Tindouf camps.
The young Sahrawi who was aware that his testimony may cost him his life covered his face to hide his identity.
In his 3 mn video, that also shows footage of graffitis on walls calling for the resignation of the Polisario leader, Mohamed Abdelaziz, and his lieutenants, the Sahrawi activist speaks about the absence of freedom of expression or movement in the camps and denounces the nepotism practiced against job seekers from some tribes.
He also seized this opportunity to launch a distress message to the international community and international organizations and NGOs, including the High Commissioner for Refugees (UNHCR), asking them to find an “urgent solution” to the Western Sahara conflict, created out of nothing by the Algerian regime which uses it against its Moroccan neighbor for hegemonic leadership purposes.
“We are not refugees. In reality we are under the control of the Polisario leadership.” The young man wondered if the camps populations were real refugees as claimed by the UNHCR why don’t they enjoy the rights conferred to them by the refugee status as stipulated by the 1951 Geneva Convention and be allowed to freely choose the country where they want to live and settle?
As Mohamed Abdelaziz, his lieutenants and their Algerian mentors have little power to control the new communication technologies, many people use these technologies to denounce the status quo and the dire living conditions in Tindouf.