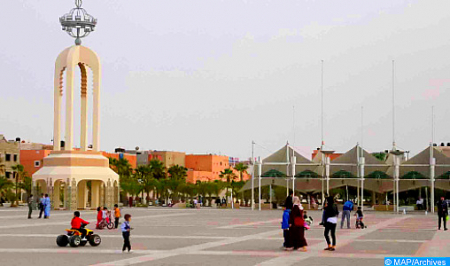 The message addressed to HM King Mohammed VI by Spanish Prime Minister Pedro Sanchez has placed Spain in a pro-Moroccan position, Lebanese journalist Ali Hamadeh said on Monday. The message of Sanchez to HM the King “opens a new phase between the two neighboring countries, especially as it expresses Spain’s shift, for the first time since the beginning of the conflict, from a position of neutrality to that of support for the Moroccan stance that views the Sahara as an integral part of the national territory,” Hamdeh wrote in a story published by the “Annahar” newspaper under the title “Spain chooses Morocco.” “It is true that the crisis was fueled by the positions of Algeria, which carried the banner of the polisario front and armed the military organization to carry out military operations against Morocco in the Sahara. It is also true that the positions of European countries, which relied on ambiguity and on oscillation between the parties, have led to an extension of the crisis that was not supposed to be ongoing to date,” he argued. In other words, the “Sahara crisis” was another aspect of Algeria’s protest against Morocco’s historical rights over the Moroccan Sahara, through the use of a geopolitical game in which the polisario front, an entity created, nurtured, and armed by Algeria in the border areas near Tindouf, has been used for decades to wage a relentless war of attrition against Morocco, the journalist added. The relations between Morocco and Algeria could have been a model in North Africa, if not in all of Africa, Hamadeh underscored, wondering whether the extent of deterioration in relations between the two countries was more complicated than the situation between France and Germany after World War II when the two great European neighbors managed to go beyond the legacy of the two world wars to become allies. According to Hamadeh, relations between Morocco and Spain should experience a significant improvement, in a difficult international context, marked by the conflict in Ukraine and its effects. Spain has decided to restore relations with its closest neighbor. It seems that the Algerian position cannot change anything, even in terms of “the equation related to natural gas supplies to Spain,” he concluded.