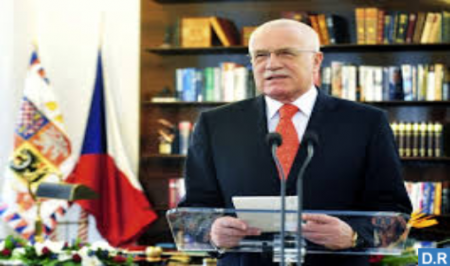 Spain’s new position recognizing that the Moroccan autonomy initiative is the most serious, realistic and credible basis for resolving the dispute over the Moroccan Sahara is “a serious step forward,” said former Czech President Václav Klaus. In a statement to MAP, Václav Klaus stressed that “the population of the Sahara deserves a permanent solution to this conflict, which must be based both on existing realities and on meaningful proposals”. The former Czech president insisted that he sees no “other solution than keeping the Sahara inside Morocco”, because, he said, the opposite “would be destructive and extremely costly”. On the position of his country, Klaus stressed that the Czech Republic “supports the political process under the auspices of the UN”.