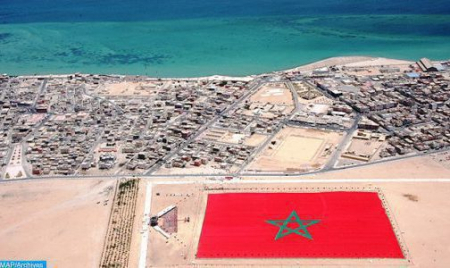 The former president of the Spanish government, Felipe Gonzalez, said that the Moroccan autonomy initiative for the Sahara, supported by the government of his country, is the “only” solution to end this artificial dispute. The autonomy proposal presented by Morocco, which dates back to 2007, is “the only proposal that offers a negotiated solution to the conflict” of the Sahara “within the framework of the United Nations”, stressed Gonzalez in statements to the media before participating in a conference on relations between Europe and Latin America and the Caribbean in Guadalupe. The former head of the Spanish government (1982-1996) said he has followed the process to resolve the Sahara issue since 1991, saying he was convinced of the relevance of the Moroccan autonomy plan to end this dispute that has lasted too long. The autonomy of the Sahara under Moroccan sovereignty “is the only proposal with a viable outcome,” said Felipe Gonzalez.