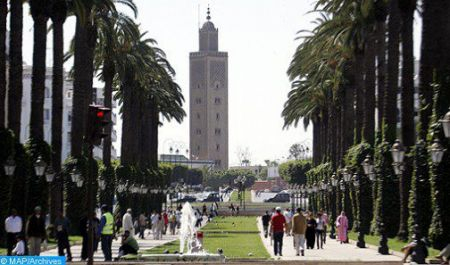 The Central American Parliament (Parlacen) welcomed the designation of Rabat as “Capital of South-South Cooperation”. In a motion of its executive board, Parlacen stressed that Rabat was a “model of South-South cooperation”, on the occasion of the holding of a high-level forum, early March at the headquarters of the House of Advisors, which brought together representatives of 31 countries from three geopolitical groups. On this occasion, it invited the observer states of the Central American Integration System (SICA) to join efforts to boost South-South cooperation. Parlacen recalled in this regard the fruitful cooperation with the Moroccan Parliament that led to the creation of the Afro-Latino American Assembly (Afrolat). In its final Declaration, the Parliamentary Dialogue Forum of Senates and Equivalent Councils of Africa, the Arab World, Latin America and the Caribbean, organized by the House of Advisors, proclaimed Rabat the “capital of South-South cooperation” in early March. The Declaration had also welcomed the leadership and pioneering role of Morocco in launching and promoting solidarity initiatives aimed at strengthening South-South cooperation.