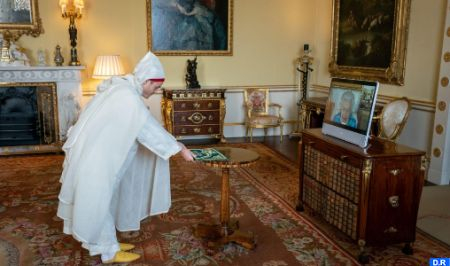 Hakim Hajoui, Ambassador Extraordinary and Plenipotentiary of His Majesty the King to the United Kingdom of Great Britain and Northern Ireland, presented, Thursday in London, his credentials to Queen Elizabeth II. During this audience, which was held virtually at the Royal Palace of Buckingham, Queen Elizabeth II asked the Ambassador of the Kingdom to convey her most distinguished greetings to HM King Mohammed VI and the August Royal Family, and expressed her wishes for progress and prosperity to the Sovereign and the Moroccan people. Hakim Hajoui took this opportunity to express Morocco’s commitment to strengthen, diversify and further enrich the friendship and age-old ties that unite the two kingdoms.