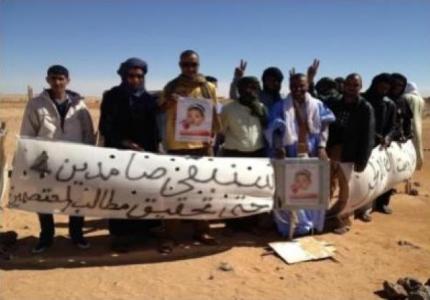 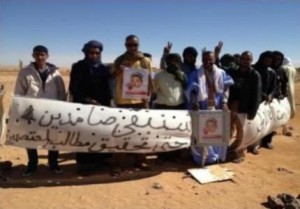 The Polisario leadership, unconditionally supported by the Algerian regime, resorts to every means to make life in the Tindouf camps even more difficult than it is.
Calls launched recently from Geneva, which is hosting till March 28 the 25th session of the UN Human Rights Council (HRC,) sounded the alarm again about the ordeal in these camps.
Delegates of many international NGOs attending the HRC meetings drew the Council’s attention to the unbearable humanitarian situation of the Sahrawi populations sequestered in the Tindouf camps.
Their already poor living conditions have worsened with the drastic reduction of international humanitarian aid after donors realized that the Polisario leaders were embezzling the assistance.
According to the latest echoes from the Tindouf camps, dozens of young Sahrawi protesters held a moving sit-in in front of the office of the High Commissioner for Refugees in Rabouni, not far from the Polisario headquarters.
The young protesters denounced the new tactics used by the Polisario leaders who started distributing food rations to their supporters only. All those who oppose their ideology and their separatist thesis are systematically deprived of food aid.
The young protesters also decried the Polisario leaders’ arbitrary and unjustified decision to deny the parents of a sick baby authorization to go abroad for the baby’s treatment. Baby Chilala Ahmadou Barka Salem suffers from a heart disease requiring emergency surgery abroad, but his parents are not allowed to leave the camps, putting the baby’s life at stake.
In another development, following the deterioration of living conditions in the Tindouf camps and the calls for assistance launched by many tribes, mainly the Rguibat Souaed and the Rguibat Ahl Sheikh tribes, which lack food, many Sahrawi families in Morocco’s southern provinces have decided to send emergency aid to the starving tribes.
Many members of these two tribes are opposed to the Polisario and support Morocco in the Sahara conflict. In retaliation to this opposition, the Polisario leaders decided to deprive the whole tribes of food, ignoring the existence of children, women and elderly. However, this policy will sooner or later backfire against its initiators.