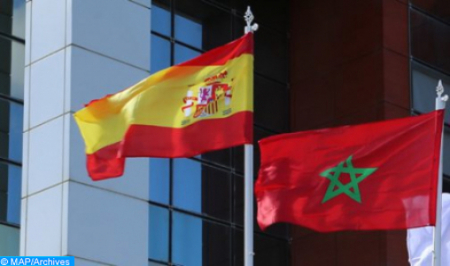 Promising prospects are opening up for relations between Morocco and Spain, dedicated to a better future, on various levels, including economy, politics, and security, said political expert Mustapha El Mrini. “These relations will see, in the light of the concordance of views on the constants, a stronger adhesion to meet the common challenges,” said the professor of political science at the Fez-Saiss Faculty of Law, under Sidi Mohammed Ben Abdellah University. The latest developments are likely “to open new horizons beyond the classic issues of cooperation such as the management of migration flows and the fight against terrorism,” he said. In this respect, he further noted that the upcoming visit of the President of the Spanish government in the Kingdom, will be an opportunity to develop a new roadmap for bilateral relations. On Thursday, His Majesty King Mohammed VI had a telephone conversation with the President of the Spanish Government, Pedro Sánchez. During this exchange, HM the King reiterated His high appreciation for the content of the message sent to Him on March 14 by the President of the Spanish Government. In this message, the President of the Spanish Government had stressed that “Spain considers the Moroccan autonomy initiative as the most serious, realistic and credible basis for the resolution of the dispute” over the Moroccan Sahara.