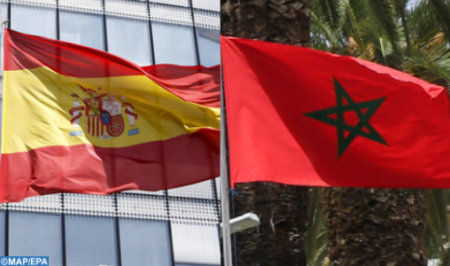 The new impetus given to relations between Morocco and Spain is a tribute to the vision and leadership of HM King Mohammed VI in the service of peace and development, said U.S. political analyst Calvin Dark. “Morocco is consolidating its reputation as a regional leader and forward-looking ally,” Dark said in an interview with MAP, noting that the announcement of the upcoming visit to Morocco of Spanish Prime Minister Pedro Sanchez, at the invitation of HM the King, underscores that both countries are “genuinely working together to resolve the issues that have weighed their bilateral relationship down”. Drawing a parallel between the new era of relations between Madrid and Rabat after the announcement of the new Spanish position on the Sahara issue on the one hand, and the dynamic of solid partnership between Morocco and the United States on the other, the American expert considered that “the recent progress in Moroccan-Spanish relations as well as the visit to Morocco last week of the U.S. Secretary of State, Antony Blinken, demonstrate that the U.S., Spain, and Morocco are truly focused on strengthening alliances and creating new partnerships for the future.” “The Secretary of State was absolutely correct when he commended the courage and vision of HM King Mohammed VI,” noted Mr. Dark, who highlighted in particular the growing international support for the autonomy initiative for the final settlement of the Sahara dispute as well as the development momentum that the Kingdom is experiencing, particularly in the southern provinces. “Diplomacy backed up by investment that leads to economic prosperity is exactly what the US, Spain, and Morocco need,” he said. According to the co-founder of the think tank “RC Communications” in Washington, “it’s unfortunate that while Morocco and its allies are focused on the future, Algeria strongly opposes international support for Morocco’s autonomy initiative and continues to prove to the world that its foreign policy is stuck in the distant past.”