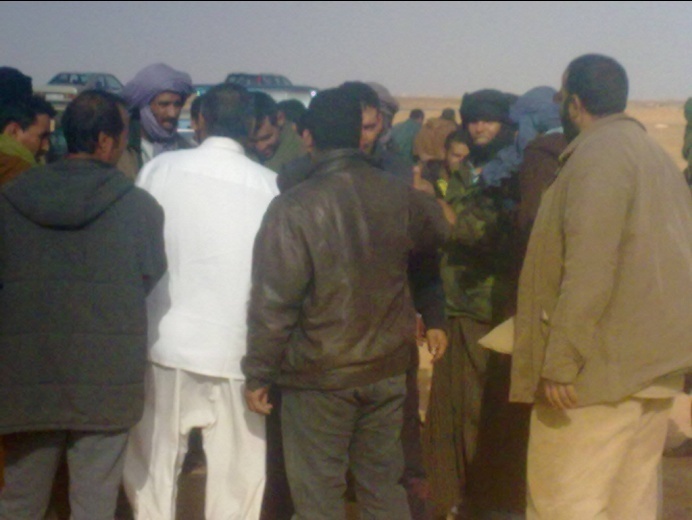 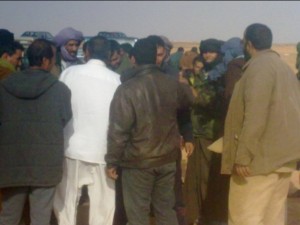 The Tindouf camps, which are controlled with an iron fist by the Polisario Front under the sponsorship and with the blessing of the Algerian regime, have never witnessed as much tension as they do today.
The camps residents who have been waiting for nearly forty years for a settlement of the Western Sahara conflict seem to have lost all patience and no longer stand the constant frustration and absolute insecurity they are living in.
A former senior member of the Polisario from the R’guibat tribe who is living in Awserd camp told us over the phone that the situation in the camps is becoming explosive.
The Sahrawis who were hoping for a change of the Algerian regime currently led by a dying Abdelaziz Bouteflika, paralyzed in a wheelchair since he suffered a heart stroke months ago, plunged in total despair after he bade for a fourth term.
For the Sahrawis, a fourth term for Bouteflika, a hawk of the late Houari Boumediene’s clan that was behind the creation of the Western Sahara conflict simply means the status – quo will go on forever, our interlocutor said.
For all these reasons, the camps residents overcame the fear and phobia that have long prevailed in the camps to shout out their rejection of the status – quo imposed on them.
The Movements of young protesters that have proliferated in recent years do not hide their support to the Moroccan autonomy proposal which they deem as the only way to escape their plight and to join the land of their ancestors in the southern part of Morocco, the R’guibi said.
He confirmed that earlier this week, Moroccan flags were hoisted on the sand walls erected around the camps and leaflets calling for support of the autonomy plan for the Sahara were distributed everywhere. Some young Sahrawi dissidents are even calling for the return of Tindouf to Morocco as the territory was historically Moroccan.
The president of “the canary- Sahara Forum,” Miguel Ortiz Asin, on his part said that a new youth protest movement called “Barakat” is demanding, according to the leaflets it distributed, an end to the suffering of the populations of the camps and denouncing the widespread corruption in the ranks of the Polisario leaders.
This is the first time in 40 years that the camps inhabitants who have repeatedly expressed their desire to reunite with their families on the other side of Tindouf have hoisted Moroccan flags and expressed so openly their support for the Moroccan autonomy plan for Western Sahara.