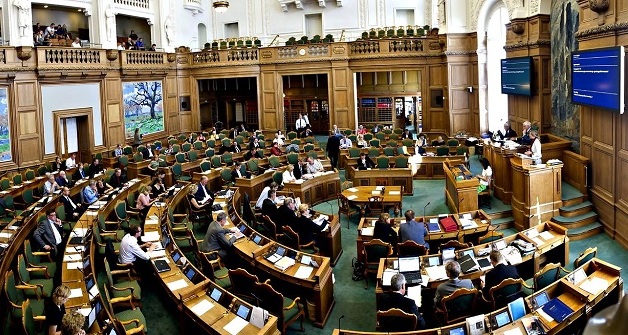 The Polisario and its Algerian mentor were dealt a new blow after the Danish Parliament rejected earlier this week a draft bill on the recognition of the Polisario-proclaimed Sahrawi Republic.
The Danish parliament has rejected by an overwhelming majority a bill, tabled on January 23 by two members of the Red-Green Alliance. The draft called on the Danish government to recognize the so-called Sahrawi Republic (SADR.)
The 12 members of the Red-Green Alliance, following suit to some Swedish MPs who had undertaken a similar move in December 2012, have not succeeded to have their bill endorsed.
The draft was rejected by seven parliamentary groups. These are the Venstre (47 representatives,) the Social Democrat group (44) the Popular group (22) the radical left group (17) the Popular Socialist group (16) the liberals (9) and the popular conservatives (8).
While some Danish political parties do not support outrightly the Morocco proposed autonomy plan as a solution to the Western Sahara conflict, they are for a negotiated settlement accepted by all parties to the conflict.
The Red-Green Alliance is the only Danish parliamentary group that openly backs the Sahrawi separatist movement headed by Mohamed Abdelaziz. The Alliance had invited the Polisario Front representative in Copenhagen, Abba Malainin, to attend its latest congress held in April 2013.
During the same year, a delegation of the Alliance had visited the Polisario-controlled Tindouf camps, in south-western Algeria.
In addition to the Scandinavian countries where it has some backers, the Polisario also manages to make its voice somehow heard in the corridors of the parliaments of the 17 autonomous regions in Spain, some of which are also claiming independence.
But it is no secret that without Algeria’s unconditional diplomatic and financial support, the Polisario Front would not have any platform in Europe to defend its separatist theses.
With the rejection of the Red-Green Alliance’s bill, Morocco has scored a diplomatic victory in the Scandinavian camp. The success is all the more meaningful since it occurs three weeks before the Security Council discusses the renewal of the MINURSO mandate in Western Sahara.