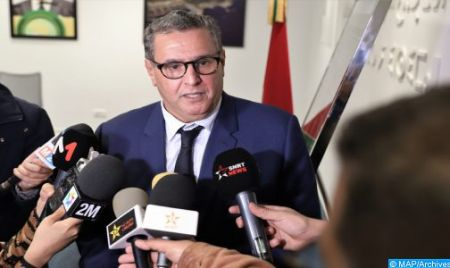 A unit specialized in the follow-up of measures adopted to implement the recommendations contained in the reports of the Court of Auditors and Regional Courts of Auditors has been created at the level of the Department of the Head of Government. This unit, whose supervision has been entrusted to Mohamed Essaouabi, former chamber president at the Court of Auditors, aims to ensure regular and permanent monitoring of measures taken to implement the recommendations of these reports by the ministerial departments concerned and public bodies under their supervision, said Friday a statement by the department of the Head of Government. It is also meant to overcome the difficulties that may hamper the implementation of these recommendations and this in coordination with the official interlocutors designated at the level of each ministerial department following the publication on June 3, 2021 of a circular of the Head of Government on strengthening communication with the Court of Auditors and Regional Courts of Auditors, the same source added. The new structure aims to improve the efficiency of reports made by the Court of Auditors and Regional Courts of Auditors in various areas, including the assessment of the rate of achievement of major development projects and their implementation on the territorial level, as well as their impact on the standard of living of citizens, in addition to the positive interaction with the recommendations contained in the reports, to improve public management and consolidate the principles and values of good governance. The unit will also monitor the measures and steps taken by the relevant ministerial departments for the implementation of the national strategy against corruption and harmonization with international standards of the national system against money laundering and terror financing, concluded the statement.