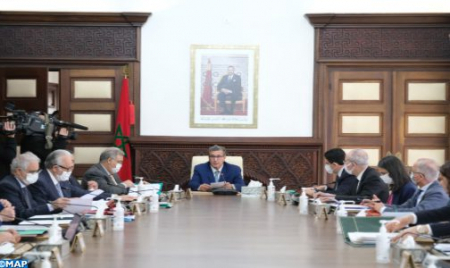 Head of Government Aziz Akhannouch stressed, Thursday in Rabat, the importance of supporting civil society in the exercise of its constitutional duties, by all possible means. At the beginning of the Government Council, Akhannouch highlighted the cardinal role of civil society in terms of supervision, said the Minister Delegate for Relations with Parliament, Government Spokesman, Mustapha Baitas, at a press briefing following the weekly Cabinet meeting. The head of government also referred to the added value that civil society is able to bring to the development of the country, stressing the importance of supporting it to best perform the missions entrusted to it by the Constitution. The Government Council followed a presentation on the various aspects of supporting the partnership between the State and civil society, presented by the the Minister Delegate for Relations with Parliament.