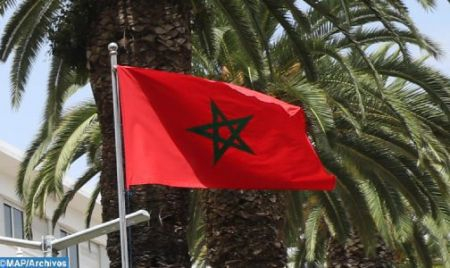 The strong dynamics of the national issue in recent years has strengthened the sovereignty of Morocco over its southern provinces, said Sunday, participants in a symposium held in Casablanca under the sign “Developments and achievements of the Moroccan Sahara issue between the enhancement of the efforts of Royal diplomacy and the interaction of the nation’s living forces”. Participants in this symposium, initiated by the Moroccan Instance of the Saharawi Royalist Youth in partnership with the National Center for Legal Support and Human Rights, stressed that Morocco has achieved, and continues to achieve, diplomatic victories at the African, Arab and international levels thanks to the enlightened vision of HM King Mohammed VI. On this occasion, the president of the Moroccan Instance of the Sahrawi Royalist Youth, Zakaria Chakir, stressed the importance of the “serious and uninterrupted” action led by Morocco under the leadership of HM King Mohammed VI to make known, if necessary, the justness of the national cause and the merits of the Moroccan autonomy initiative. This action, he noted, has achieved “great success” and multiple breakthroughs in the service of the first cause of Morocco and Moroccans. After the U.S. recognition of the Moroccan Sahara, he added, similar international positions have followed in favor of the national issue. These include the opening of consulates in the southern provinces and the positions expressed by several countries, including Spain, which recognizes the pre-eminence of the autonomy initiative as the most serious, realistic and credible basis for resolving the artificial dispute over the Moroccan Sahara. Regarding the importance of parallel diplomacy to defend the Moroccan Sahara issue, Chakir explained that this is a great challenge that Morocco faces, which highlights the need to act at several levels and mobilize different actors to defend this cause. For his part, the president of the National Center for Legal Support and Human Rights for the Casablanca-Settat region, Driss Berrada, said that all these achievements have been made thanks to the wise vision of HM the King, a vision that has proven its effectiveness, allowing Morocco to reap successive victories. The royal vision has also strengthened the confidence of Morocco with the great powers, as well as with friendly and brotherly countries both in the Arab world and in the African continent, because, he said, “these countries have understood the rightness of the cause that the Kingdom defends”.