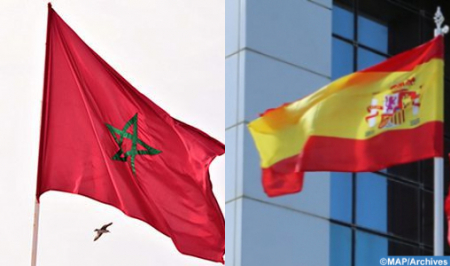 Morocco and Spain are building constructive, stable and sustainable in-depth relations, in line with regional and international challenges, experts from Geneva-based NGOs said. Cooperation between the two shores of the Mediterranean will be reinvigorated and strengthened, they added. “The two countries share an increased willingness to lay the foundations of a solid cooperation in the service of peace, stability and development in the Mediterranean basin, elements that are essential in view of the economic complexities that afflict the western part of Mare Nostrum,” wrote Swiss expert in international relations Matteo Dominici in an analysis for MAP. “The relations between the Kingdom of Morocco and Spain are at a historic turning point,” he pointed out, highlighting the importance of the recent visit to Morocco by the President of the Spanish government, Pedro Sánchez, at the invitation of HM King Mohammed VI. “With this official invitation to the Head of the Spanish government, Morocco has shown its willingness to resume a dialogue and stable and sustainable relations with the Iberian neighbor, dedicated to the welfare and prosperity of both peoples, “he said. Dominici also emphasized the historic support given by Spain to the autonomy initiative for the Sahara proposed by Morocco in 2007 and deemed the “most serious, realistic and credible basis for the resolution of this dispute” by the international community. “Madrid said it was ready to work for a solid cooperation in renewable and sustainable energy transition with Morocco, a leading country in this field at the international level,” he noted. This new momentum in bilateral relations “may finally help to re-stabilize the flow of logistics and tourism between the two shores of the Mediterranean and generate new partnerships in migration management, with the reopening of maritime links and the normalization of the flow of people and goods on land and sea,” the expert went on. “It is in this spirit that the two countries begin a new era of solid, stable and sustainable relations for joint development in the Mediterranean, Europe and North Africa,” he added. As for Swiss NGO Promotion of Economic and Social Development (PDES), it highlighted the importance of the official visit of the Head of the Spanish government to Morocco and Spain’s recent decision to recognize Morocco’s sovereignty over its Southern Provinces. In a statement, the NGO, which brings together experts from different backgrounds, “welcomes this visit which marks the end of a stage and seals the beginning of a new era based on mutual respect. Also, it reflects the desire to lay the foundations of a stronger relationship with the Kingdom of Morocco.” “Moreover, it is a new stage in the relationship between the two neighboring countries called to face many common challenges, including immigration, border control, terrorism and cross-border crime, ” it added. The PDES also welcomed the scope of the Spanish position, which proves that the circle of countries supporting the Moroccan Autonomy Plan is growing, while the noose is tightening around the polisario front and Algeria. For its part, the Sahara Observatory for Peace, Democracy and Human Rights (OSPDH) stressed that Spain’s new position in support of the Moroccan autonomy initiative “lays the foundations of relations based on mutual trust, common interests, increased exchanges and convergence of views.” In a statement, the Observatory’s president, Aicha Douihi, welcomed Spain’s courageous position in favor of the autonomy initiative as the most serious, realistic and credible basis for resolving the dispute over the Moroccan Sahara. Similarly, the OSPDH welcomed the positive turn in relations between Morocco and Spain, which “opens a new phase in their bilateral relations and strategic ties in different areas with a view to meeting the aspirations of both peoples and serve their interests.”