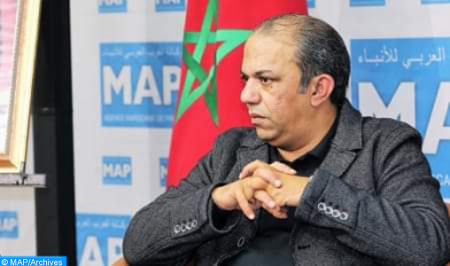 The positive developments in the settlement process of the artificial conflict over the Moroccan Sahara issue were the focus of the meeting marking the 66th anniversary of the National Day of Moroccan Diplomacy, held on Tuesday in Rabat. Organized at the initiative of the Moroccan Diplomatic Club in partnership with the Ministry of Foreign Affairs, African Cooperation and Moroccans Abroad, the event was attended by FM Nasser Bourita and a host of researchers, academics and diplomats. On this occasion, Abdelfattah El Belamachi, professor of international relations at Cadi Ayyad University in Marrakech and head of the Moroccan Center for Parallel Diplomacy and Dialogue of Civilizations, described the meeting as an opportunity to highlight the significant advances of Moroccan diplomacy, particularly with regard to the Moroccan Sahara, as evidenced by the opening of consulates of several countries in Morocco’s Southern provinces. Addressing the implementation of the New Development Model for Morocco’s Southern Provinces of the Kingdom, which follows the Constitution of July 2011, El Belamachi said that this strategy is likely to foster the success of the Autonomy Plan for the provinces concerned. The Kingdom has taken a decision regarding political and democratic reforms, he said, commending the advances made in terms of protecting human rights and fundamental freedoms, including the establishment of regional commissions of the National Council for Human Rights in Laayoune and Dakhla. The UN Security Council commends the measures and initiatives taken by Morocco as well as the role played by the commissions of the National Council for Human Rights in Dakhla and Laayoune, he added. For his part, the 1st Vice President of the Moroccan Diplomatic Club, Ambassador Rachid Lahlou highlighted the tireless efforts of HM King Mohammed VI for the defense of the territorial integrity of the Kingdom, praising the role of the Ministry of Foreign Affairs, African Cooperation and Moroccans living abroad in carrying out the foreign policy of the Kingdom, pursuant to the enlightened vision of the Sovereign. Highlighting the good contribution of parallel diplomacy in advocacy of national causes that can be carried out by academics, NGOs, think tanks, MPs and the media, Lahlou said that the Kingdom’s foreign policy should be based on the principles of the Moroccan Constitution.