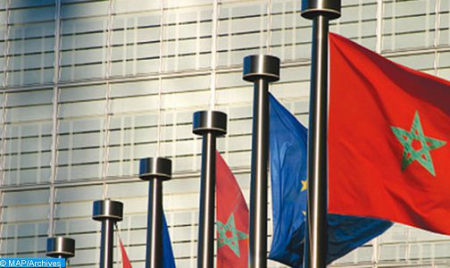 The European Union (EU) seeks to expand the “strategic” partnership with Morocco in various areas, said Wednesday, the EU Ambassador to Morocco, Patricia Pilar Llombart Cussac. “Dialogue will continue between the Commission and the EU representation as well as with the ambassadors of European countries accredited to Morocco,” Ms. Cussac told MAP, following talks with the Chair of the Committee of Foreign Affairs, National Defense and Moroccans Abroad at the House of Advisors, Neila Mia Tazi. Describing her meeting with Ms. Tazi as “fruitful”, the diplomat stressed that several issues of common interest were discussed during this meeting during which the two sides reaffirmed their strong attachment to the EU-Morocco partnership. This meeting was also an opportunity to examine the reforms carried out by the Kingdom in various areas, in addition to the issue of cultural and creative industries, she added, noting the ongoing action to deepen cooperation in this promising sector given its great potential in terms of job creation and growth. For her part, Mrs. Tazi said, in a similar statement, that the meeting focused on issues that are of great importance in the action of the Committee, such as political and economic cooperation with Morocco and the situation of Moroccans living in different European countries. This is a strategic cooperation for Morocco, in which the role of the House of Advisors in particular and that of the parliament in general is fundamental, particularly with regard to the promotion of the reforms and the clarification of positions, she pointed out. The meeting also discussed the international situation, in particular the Ukrainian conflict and its repercussions, said Ms. Tazi, noting that in this regard, the two sides discussed the situation of Moroccan students in Ukraine and the need to grant them the necessary aid to enable them to continue their studies in some European countries.