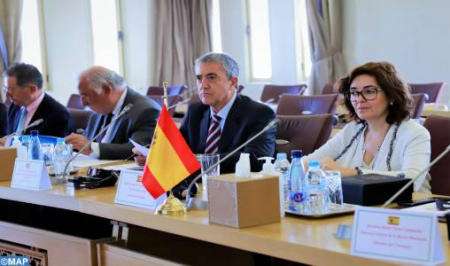 Operation Marhaba 2022, which will resume this summer after a two-year interruption due to the health crisis caused by the spread of Covid-19, is “an example of good coordination” between Spain and Morocco, Spanish Undersecretary of State for Interior, Isabel Goicoechea said on Thursday. Bilateral cooperation has made it possible to manage “with success” operation Marhaba since 1986, said the official who co-chaired a meeting of the Moroccan-Spanish joint commission on transit which took place in Rabat. This operation is “the result of an excellent work of preparation of our technical teams,” she was quoted as saying in a statement from the Spanish Ministry of the Interior. Goicoechea also recalled the “logistics and security challenge” presented by this year’s operation with over three million people and more than 700,000 vehicles crossing Spanish ports to reach Morocco over a period of three months. The Moroccan-Spanish joint commission on transit convened under the co-chairmanship of Khalid Zerouali, Wali Director of Migration and Border Surveillance, and Isabel Goicoechea.  The meeting took place as part of the implementation of the road map developed during the visit of Pedro Sanchez, President of the Spanish Government, to the Kingdom in April 2022.