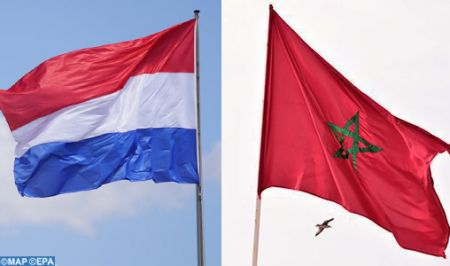 Morocco and the Netherlands reaffirmed, Wednesday, the importance of their partnership for regional stability and development. In a joint statement issued after talks between Minister of Foreign Affairs, African Cooperation and Moroccans Abroad, Nasser Bourita and his Dutch counterpart, Wopke Hoekstra, on the sidelines of the ministerial meeting of the Global Coalition to Defeat ISIS in Marrakech, the two countries said they recognize the importance of EU-Morocco cooperation in jointly addressing current global and regional challenges. They also highlighted the important role of Morocco within the framework of EU-Africa cooperation. Recalling the long-standing relations, which have united the two kingdoms for over 400 years, and their close social, cultural, economic and human ties, Bourita and Hoekstra underlined their mutual commitment to strengthen dialogue and cooperation. In addition, they reaffirmed the importance of the bilateral action plan by welcoming the progress made since last year. The two sides referred, according to the statement, to the recent missions to Morocco of the Dutch Counterterrorism Envoy and the Commissioner of the Netherlands National Police to Morocco, as well as the exhibition of Moroccan Art in the Cobra Museum in the Netherlands. The two officials also expressed their “firm” intent to continue to intensify on all areas the dialogue and cooperation, especially in the fields of migration, culture, security, human rights and economic cooperation. In this spirit, both ministers agreed to prepare further visits and exchanges, including economic missions. In this regard, Bourita accepted the invitation of the Dutch Minister to visit the Netherlands. The two sides also agreed to intensify cultural exchanges as well as cooperation in creative industries, emphasizing the need to deepen economic cooperation and promote investment. They also welcomed the dynamic cooperation between the two kingdoms in the areas of innovation, water and sustainable energy and food. While highlighting the role of the Moroccan-Dutch community in the Netherlands in various fields, the two ministers welcomed the resumption of international travel between the two countries, as well as student exchange programs at the Dutch educational Institute (NIMAR) in Rabat.