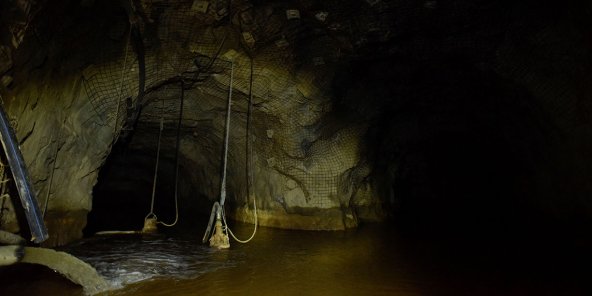 Four lifeless bodies of miners trapped hundreds of meters underground for 39 days in a zinc mine in Burkina Faso have been found, the Burkina Faso government announced Wednesday, adding four others remain trapped.
“Unfortunately, after 39 days of intense search, the lifeless bodies of four miners have been found,” government spokesman Lionel Bilgo said in a statement. “Search operations are continuing in order to find the other four miners.”
The death of the four minors was noted by the prosecutor of the High Court of Koudougou, in the Centre-West region, on Tuesday “at 11:15 p.m. [GMT+2],” the statement said.
The eight miners (six Burkinabe, one Zambian and one Tanzanian) were trapped on April 16 at the bottom of the Perkoa mine, about 100 km west of Ouagadougou, after heavy rains flooded the underground galleries where they were working 700 meters below ground.
The government statement did not specify the nationality of the deceased miners.