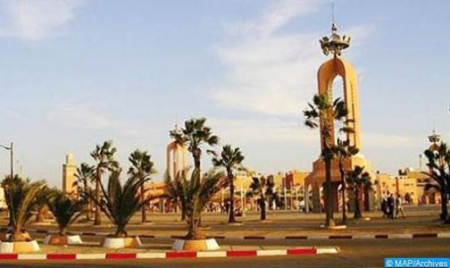 There is no stopping the growing international support for the Moroccan Sahara. Following the strong official positions expressed by several global powers, such as the United States, Spain and Germany, in support of the autonomy plan presented by the Kingdom, it is the turn of intellectuals, politicians and associations of the Maghreb region to display their mobilization in favor of this realistic and promising solution for the region. Any attentive observer of the artificial dispute over the Moroccan Sahara would agree that this dispute is costly to the development and integration process of the Maghreb and that it can only be resolved through an autonomy plan under Moroccan sovereignty. In this spirit, several prominent figures from the Maghreb region (intellectuals, political actors, and associations …) have recently met in Laayoune to launch a civil body to support the autonomy plan, known as the Coordination for the implementation of the autonomy plan in the Sahara. The creation of this structure, chaired by former Tunisian FM Ahmed Ounaies, was announced on the occasion of the first Maghreb Forum in support of the autonomy plan in the Sahara under Moroccan sovereignty. On this occasion, Ounaies described Morocco’s sovereignty over its Sahara as “a cornerstone” for the establishment of a stable, balanced and effective Maghreb Union, noting that the autonomy plan is the serious and credible solution that guarantees the stability of the region and its progress. The autonomy plan proposed by Morocco in 2007 has received great international support, and we can only engage in the same approach because it is our duty to support the sovereignty of Morocco to preserve the sovereignty and territorial integrity of our countries, said Algerian journalist Walid Kabir, President of the Maghreb Association for Peace, Cooperation and Development, and organizer of the Forum. The autonomy plan, he added, will be a model for decentralization and local governance in the framework of national states. Participants in the Forum stressed that the artificial dispute over the Moroccan Sahara is one of the major obstacles to the establishment of a strong and united Maghreb Union, praising the accomplishments of the Kingdom in terms of achieving advanced regionalization. They also noted that the current challenges on the regional and international levels require solidarity and cooperation between the countries of the region. The coordination, whose board is made up of 15 members representing the five countries of the region (Tunisia, Libya, Algeria, Mauritania and Morocco), aims to support the autonomy plan under the full sovereignty of the Kingdom. Besides bringing together all North Africans who believe in a true Maghreb Union of cooperation and development, the new framework will combat separatist ideas that destroy nations and encourage the building of a competitive Maghreb economy. This event was attended by figures from the Maghreb region and Africa, as well as representatives of diplomatic missions accredited in Laâyoune and local civil society stakeholders.