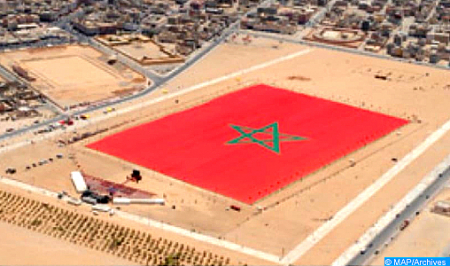 Italy’s “Democracy and Subsidiarity” political party has called on the Government to open a consulate in the Kingdom’s Southern Provinces, which “abound in economic and social opportunities.” “Italy must open a consular office with an economic and social vocation in southern Morocco to contribute to the stability and development of the region,” the party, based in Lodi, Lombardy, in a petition addressed to the Italian authorities, including the Foreign Ministry. “The opening of a diplomatic representation in the southern provinces of the Kingdom, which is a natural link between the Mediterranean, the Atlantic and Africa, will allow Italian investors to access a market that offers immense opportunities,” according to the party leader, Furio Curioni. The presence of Italy in Morocco’s southern provinces will create, a serious and responsible migration dynamic, noted the Italian politician, welcoming the “important and positive role played by the Moroccan community in Lombardy and Italy in general. Recalling that several countries have recently opened consulates in Morocco’s southern provinces, the petition noted that “Italy must be present in the same way as the many countries that have decided to have their representations in this region.” “This courageous political initiative aims to contribute to the prosperity and stability of the Euro-Mediterranean region,” according to Italian media outlet “Mediterranean News”. “The advanced regionalization project led by the Kingdom, under the leadership of HM King Mohammed VI, has turned the southern provinces into a reference at the African and international levels in several strategic areas, including renewable energy,” it said.