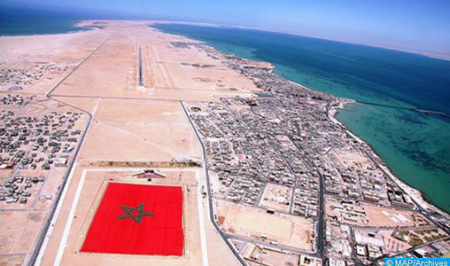 The autonomy plan presented by the Kingdom in 2007 is “the most credible and serious proposal for a lasting and final solution” to the artificial dispute over the Moroccan Sahara, French Senator Ludovic Haye said on Friday. During a meeting with Driss El Kaissi, Morocco’s Consul General in Strasbourg, Haye welcomed the high Sahrawi voter turnout in the last elections, which exceeded the national average. The senator, a member of the Committee on Constitutional Law, Legislation, Universal Suffrage, Regulation and General Administration and of other legislative bodies, said that the participation of the Sahrawi populations in this election is “a sign of their attachment to their nation.” Haye also welcomed the reforms adopted by Morocco, a nation that he described as “one of the most stable countries in the Maghreb, thanks to the major reforms undertaken by HM the King.” The two parties focused on the role played by Morocco in Africa, as part of the promotion of South-South cooperation, which is a “model to follow for countries in the region.” The meeting was also an opportunity to brief the French senator on the various actions carried out by the Consulate for the benefit of the Moroccan community in the region, especially those targeting women and youth, according to a statement by Morocco’s Consulate in Strasbourg. The energy and digital sectors were also discussed with the desire to strengthen bilateral cooperation through the involvement of university research in joint projects.