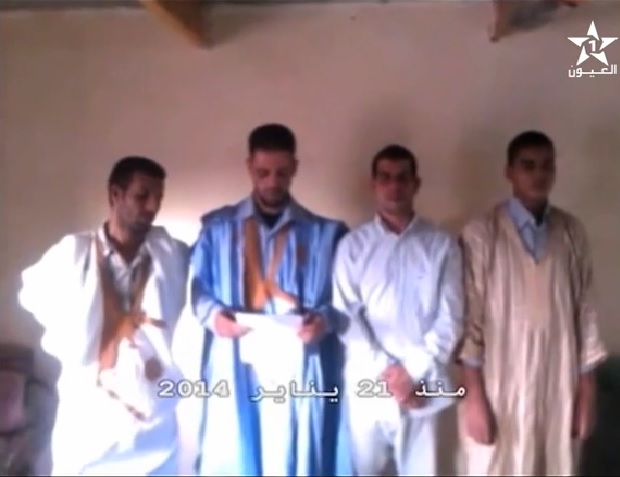 The insurrectionary movement triggered by Sahrawi youths against the Polisario leaders has put the Tindouf camps on a burning fire, turning them into a ticking a bomb ready to go off any time.

The Sahrawis who have lost all hope for a better future after forty years of forced exile in the Algerian desert started organizing themselves to denounce the status quo imposed on them by the Polisario and the Algerian regime.

After the creation of the Youth Movement for Change (MJPC), a new association called “Assomoud ‘” (Resistance, Editor’s note), has just been set up amidst unprecedented revolt against the diktat of Mohamed Abdelaziz and his cronies.

In a video broadcast last Friday by the Moroccan regional TV channel “Laayoune TV”  the founding members of this association, denounced, for the first time with their faces bare, the inhuman practices inflicted by the Polisario armed militias upon the civilian populations in the Tindouf camps.

These young people, who have been observing, since January, an open sit-in outside the office of the High Commissioner for refugees in Rabouni, explained in their video that the purpose of “Assomoud” association is to claim and defend openly the right to freedom of expression and movement and the right to decent living conditions for the population sequestered in Tindouf.

“We are engaged in a continuous struggle to defend our legitimate rights that have been violated for 40 years by the corrupt leaders of the Polisario, who are constantly humiliating and mistreating us, and at the same time using our sufferings to lure the international community and serve their own interests,” they said.

The recent uprisings and protest movements against the corrupt leaders of the Polisario are not staged by Sahrawi youths only but also by an increasing number of women and dissident military. The camps residents are strongly supporting the protesters but they remain discreet to avoid the armed militias’ reprisals.