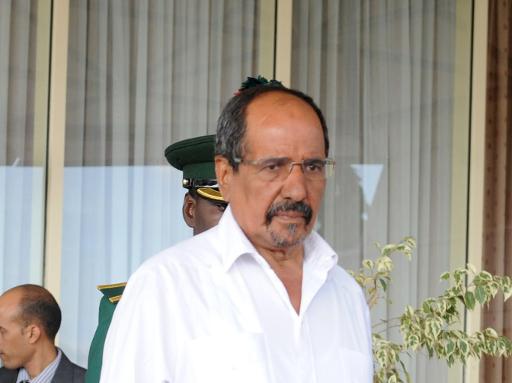 The Polisario leaders are seemingly no longer pleased with Christopher Ross as the UN Secretary General’s Special Envoy for Western Sahara. Deeming his mediation as unsuccessful, they have declared him persona non grata in the Rabouni camp, hosting their headquarters in Tindouf.

At a closed meeting held recently in rabouni, Mohamed Abdelaziz and his lieutenants held a lively debate about the next steps of the diplomatic battle the separatist front is waging against Morocco with the unconditional support of the Algerian regime.

According to an informed source from Rabouni, Mohamed Abdelaziz and his close aides are very disappointed by the UN mediation and by the UN mediator Christopher Ross.
The methodology used by Ross to revive direct negotiations is poorly appreciated by the Polisario leaders who think that his shuttle diplomacy is rather in favor of Morocco, the source said.

Besides, they regret that the UN failed to extend the MINURSO mandate to human rights monitoring in Western Sahara despite all the efforts they made in this respect.
During the meeting, the Polisario leaders have also expressed their frustration at the “early dismissal” of the Head of the MINURSO, the German diplomat Wolfgang Weisbrod-Weber, who was very supportive of their theses. The latter was replaced by Canadian Kim Bolduc.

Mohamed Abdelaziz has also expressed deep concern at the impasse of the UN mediation and at the failure of the Algerian diplomacy’s recent attempt to involve the African Union again in the Western Sahara conflict.

But, according to the same source, what angered Abdelaziz and his captains most is Morocco’s decision to implement its autonomy plan through the advanced regionalization process that will be first enforced in Western Sahara, as announced by Morocco’s King Mohammed VI on July 30.

In a speech on the occasion of the 15th anniversary of his enthronement, the king actually said that Morocco will introduce advanced regionalization in the kingdom’s different regions, “and first and foremost in our southern provinces.”

Regionalization will make it possible for the regions’ populations to democratically manage their local affairs, said King Mohammed VI who reiterated commitment to the initiative to grant the southern provinces an autonomous status. The initiative has been repeatedly described by the Security Council as “serious and credible.”