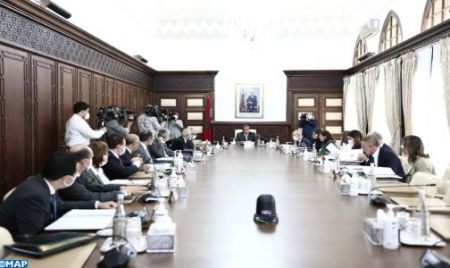 The Council of Government, convened Thursday under the chairmanship of the Head of Government Aziz Akhannouch, took note of an agreement on the avoidance of double taxation in the field of income tax and the fight against tax evasion and fraud, signed on March 31 in Dakhla, between the Kingdom of Morocco and the Republic of the Union of the Comoros, along with the draft law No. 31.22 approving the said agreement. These two texts were presented by Minister of Economy and Finance, Nadia Fettah, on behalf of Minister of Foreign Affairs, African Cooperation and Moroccans Abroad, Nasser Bourita, said Minister Delegate for Relations with Parliament, Government Spokesman, Mustapha Baitas, at a press briefing after the Council’s meeting. This agreement aims to eliminate double taxation on income tax without creating opportunities for non-taxation or reduced taxation through tax evasion or fraud, said the minister.