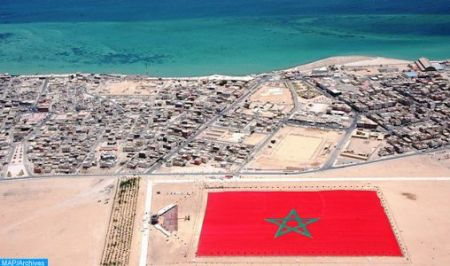 Sierra Leone has reiterated, in New York, its support to the autonomy plan presented by Morocco to resolve the regional dispute over the Sahara. “Sierra Leone supports the Moroccan autonomy initiative which is in line with the provisions of international law, in particular the devolution of authority to the local population,” said the Sierra Leonean Delegation to the UN at the annual meeting of the Committee of 24 (C24). It recalled in this regard that “the Security Council, in all its successive resolutions since 2007, including resolution 2602, has welcomed the serious and credible efforts of Morocco to advance the process towards a resolution” of this artificial dispute. It welcomed the support of the UN Secretary General to the political process conducted within the framework of the Security Council resolutions adopted since 2007 and aimed at reaching a realistic, pragmatic, lasting and mutually acceptable political solution to this regional dispute over the Moroccan Sahara. While supporting the UN efforts in favor of the resumption of the negotiation process aimed at reaching a lasting solution to this issue, the Delegation expressed the wish to see this process capitalize on the progress made by the former Personal Envoy in accordance with Security Council resolution 2602. In this context, it praised the appointment of Staffan de Mistura as Personal Envoy of the UN SG for the Sahara, as well as the first tour he made in the region last January, stressing that its country believes that the momentum achieved in the framework of the roundtables with the participation of Morocco, Algeria, Mauritania and the “polisario” should be maintained in the same format and in accordance with Security Council resolution 2602.