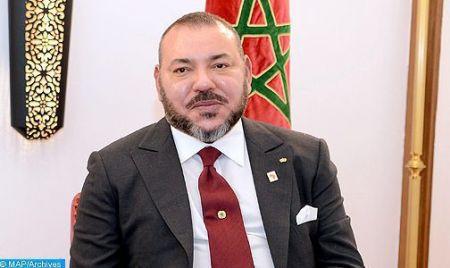 Africa needs the contribution of a genuine African investment industry that can guarantee massive, sustainable mobilisation of capital and ensure effective integration into financial markets, said HM King Mohammed VI. In a message addressed on Monday to the participants in the launching conference of the Africa Sovereign Investors Forum (ASIF), held in Rabat, HM the king said that sovereign wealth and strategic investment funds are powerful indicators of opportunities and are a stimulus for a better allocation of capital to sectors that create economic value and have a high social impact. “However, it is quite clear that, to date, despite the efforts made on the continent in terms of the reforms that several countries have introduced, access to capital remains limited and mainly dominated by financing from development agencies and banks,” stressed the Sovereign, noting that it is high time for Africa to assert itself, take its destiny into its own hands and hold its rightful place on the global stage. To do this, “the sovereign and strategic funds you represent have a mission to act as wise and patient investors, ensuring the link between long-term national priorities and private investors, within the framework of a partnership-based, sustainable development-oriented approach,” said HM the king in this message, which was read by Minister Delegate to the Minister of Economy and Finance, in charge of the Budget, Faouzi Lekjaa. This is all the more crucial, added HM the king, when it comes to ensuring Africa’s integration into the international private financial system, notably by enhancing and strengthening skills to bring them up to the best international standards. This would make Africa an attractive destination for investors and investments. Recalling the continuous efforts made by the Kingdom in the service of the interests of the African continent and in favor of its economic development, the Sovereign underlined that “opting for Africa is a choice that flows from the heart and the mind. It is a clear, proactive choice confirmed by my engagement in numerous initiatives that boost and promote inter-African cooperation and economic development”. “Our choice is to make investment a driving force for economic and social development, as well as for regional and continental integration in Africa,” the Sovereign insisted, highlighting the inclusive, partnership-based approaches in which Morocco has engaged in order to rise to numerous current and future challenges. In this regard, HM the king mentioned the projects for the establishment of vaccine production units and the construction of fertilizer production plants, which are aimed at ensuring the continent’s health and food sovereignty, respectively, as well as the work undertaken to accelerate the continent’s financial inclusion, in addition to the projects aimed at reinforcing Africa’s energy sovereignty, such as the mega gas pipeline project between Nigeria and Morocco. Given the multiplicity of major issues and challenges the African country is facing today, “we are called upon to do everything we can to accelerate proactive and concerted approaches to investment, in order to meet the legitimate aspirations of our peoples in a sustainable way,” stressed HM the king. On this occasion, the Sovereign congratulated the “organizers of the African sovereign and strategic funds, gathered in Rabat today, on taking this commendable initiative. It will surely promote the development and implementation of structuring projects with a strong integration impact in our continent. I therefore welcome and support this initiative”. This initiative is “another indication of the determination of Africa’s driving forces to be the actors of the continent’s progress and development. In this, we see an illustration of the Africa we yearn for: an enterprising and daring Africa; an Africa that rises to challenges, turning them into opportunities,” said HM the king.