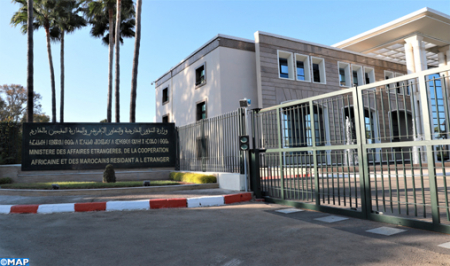 Sixteen new Consuls General have been appointed in several countries following a call for applications, as part of the annual mobility operation of the ministry of Foreign Affairs, African Cooperation and Moroccans Abroad. Criteria adopted include new appointments, rejuvenation and confirmed experience, the ministry said Monday in a statement, adding that 56% of the Consuls General concerned by this movement are appointed for the first time. Women hold 40% of these positions, including important consular posts such as Paris and Las Palmas. These appointments show the implementation of the career and mobility plan insofar as 60% of the appointed Consuls General used to hold positions of responsibility at the level of the central administration and diplomatic missions, the same source added. In order to promote positive experiences, Consuls General have been redeployed to other consular posts: such as from Orly to Paris and from Rennes to Bastia, according to the ministry. With regard to the reorganization of the consular map in the Paris region, the opening of the Consulate General of the Kingdom of Morocco in Mantes-la-Jolie will be carried out, the ministry said.