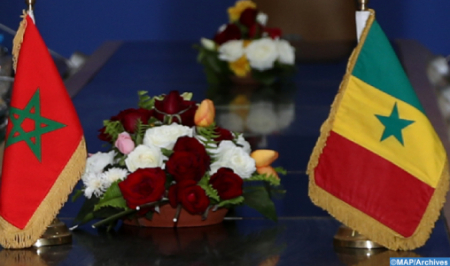 The Senegalese Minister of Environment and Sustainable Development, Abdou Karim Sall, welcomed the historic relations between Morocco and Senegal, which, he said, cannot “be compared with any other countries.” “Relations between Morocco and Senegal cannot be compared with any other countries. The two countries are linked by a real association under the Dakar Convention of 1964, which recognizes exceptional rights for Senegalese nationals in Morocco in terms of employment and education,” said the Senegalese minister, who chaired, Monday in Dakar, the signing ceremony of an agreement between the general management of the Senegalese Agency for Reforestation and the Great Green Wall (ASERGMV) and the OCP Foundation. In this regard, said the Minister, “the nationals of each of the two parties will be able to access public employment in the other country under the conditions determined by the legislation of this State”, as stipulated in the establishment agreement signed between the two countries. “Under the impetus of the late President Léopold Sédar Senghor and the late His Majesty King Hassan II, he continued, the convention of establishment which gives the nationals of each country the right to establish themselves freely in the other country, was inked. The Director General of ASERGMV, Oumar Abdoulaye Bâ and Abdelhadi Sohib, Secretary General of the OCP Foundation, signed the agreement to provide support for agricultural development and capacity building of the Agency in the projects aimed at regenerating local biodiversity. This is, according to the minister, a good example of South-South cooperation for the benefit of the environment and the development of activities generating sustainable benefits.