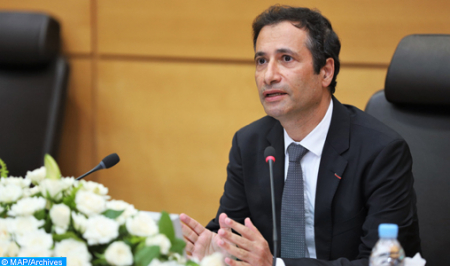 Africa has always been at the heart of Morocco’s strategic choices, which has never ceased to reaffirm its African identity since its independence, said Tuesday in Paris the ambassador of the Kingdom to France, Mohamed Benchaâboun. The Morocco-Africa relationship is a “priority” of the Kingdom’s foreign policy and it has been enshrined in the Constitution in force since 2011, the diplomat pointed out during the fourth Monthly Conference of African Ambassadors in Paris (CMAAP) dedicated to Tokyo International Conference on African Development (TICAD). “Morocco will remain committed alongside Japan and all partners to achieve the joint objectives of TICAD”, he said during this meeting, organized at the initiative of Club Afrique de la Presse Parisienne (CAPP), in cooperation with AFRIJAPAN, the official organization for the promotion of TICAD, on the theme “assessment and prospects of Japanese cooperation in Africa”. According to Mr. Benchaâboun, this process must be a long-term one, noting that the Kingdom will remain committed at the national and regional levels in the various areas of intervention of TICAD, within the framework of a win-win approach based on three elements, namely ownership, sharing of experiences and tripartite cooperation. “We hope that the next Tunis conference will see the emergence of bold, innovative measures and also a firm commitment to Africa’s development,” the diplomat said. The Japanese government has made a commitment to organize TICAD every three years, with the aim of forging new strategies and methodologies for the development of Africa. The VIII edition will take place on August 27-28, 2022, in Tunis.