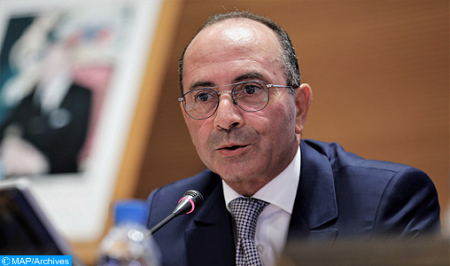 The development of Africa must rely on the conjunction of public and private funding, said Thursday in Brussels, Noureddine Bensouda, Treasurer General of the Kingdom. “The State, the public sector, development banks, private capital and capital markets each have a fundamental role to play in financing the development of the African continent,” said Bensouda at a round-table discussing within the framework of the 33rd Extraordinary Session of Crans Montana Forum Africa. He stressed that “in a situation where the private sector on the continent is characterized by a certain concentration, the public sector must play the role of engine and propeller.” Stressing that various public policies conducted today in Africa need international financing, the Treasurer General of the Kingdom noted that voices are being raised to call on rating agencies to take into account African realities. It is appropriate, however, he said, “to be aware that there are efforts to be made on the institutional level, an efficient administration, public enterprises that properly manage the state’s money and a solid and credible financial and banking system that respects the main international principles in this area.” These issues are fundamental insofar as capital is generally “fearful and goes where there is stability and security, where the aspects related to payment and foreign exchange reserves are well defined,” said Bensouda. In the same respect, the Moroccan official called for “joint actions with international partners to integrate all these issues and allow Africa to benefit from the financing necessary for its development.” He also emphasized the importance of “the effective management of public funds, the adoption of a vision of results, the proper use of natural resources in Africa, to make them levers of development.”