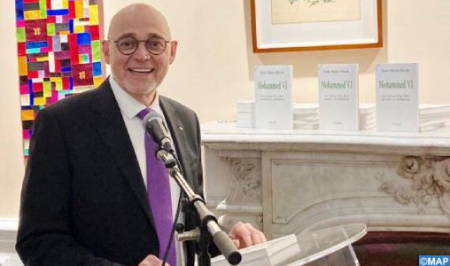 Morocco is truly recognized by the international community as ”the essential partner to contribute to the fight against human trafficking networks, but also to tackle the root causes of migration,” said French-Swiss expert Jean-Marie Heydt. “This fight integrates the whole human dimension to improve the possibilities of legal migration, so that people do not feel the need to risk their lives on dangerous journeys,” Heydt said in an analysis entitled ”Morocco: Migration with a human dimension”. For the academic, the efforts made by the Kingdom for many years, especially in the spirit of the Global Compact (2018) for safe, orderly and regular migration, are bearing fruit, recalling that HM King Mohammed VI had given his high instructions as early as 2013 for Morocco to develop a new migration policy that incorporates a humanitarian approach, consistent with international commitments, and respectful of the rights of immigrants. In the framework of its migration policy, (…) Morocco has been able to equip itself with a ”high-level migration analysis and a strong royal determination to achieve a radically new asylum and immigration policy”, he noted, estimating that ”this remarkable development, implemented by the kingdom is not always recognized at its true value”. Highlighting the European recognition of the action of the Kingdom, Jean-Marie Heydt said the European Commission welcomed the operational efforts of Morocco, which have prevented, during the first half of 2022, more than 26,000 illegal departures to Europe, a tenth of which were saved at sea. “Therefore, it is not surprising that the European Union recognizes that the National Strategy for Immigration and Asylum (SNIA) is today a model of migration management of the most advanced, both in legislative and institutional terms, which has regularized the administrative situation of several thousand migrants and integrate them into Moroccan society,” he said. He concluded that the EU “recognizes and reaffirms that Morocco is a strategic and committed partner, both in Europe and Africa”.