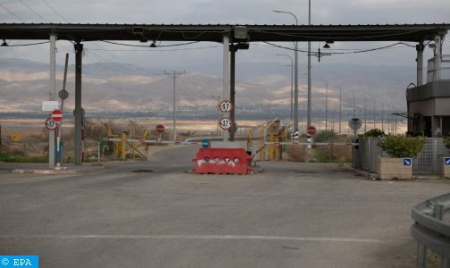 The opening, without interruption, of the Allenby/King Hussein border crossing, linking the West Bank and Jordan, thanks to direct mediation by Morocco, under the leadership of His Majesty King Mohammed VI, is yet another example of the Kingdom’s commitment to peace in the Middle East, said the American expert, Calvin Dark. “The role of Morocco under the leadership of HM King Mohammed VI in the negotiations to increase access for Palestinians at the Allenby/King Hussein border crossing is yet another example of the Kingdom’s commitment to peace in the region as well as its importance as a partner and ally with the United States”, he stressed in a statement to MAP. The mediation undertaken by Morocco and the United States paved the way for an agreement last Friday to constantly open the border crossing, the only opening on the world for the Palestinians. “I welcome this step forward because it is tangible progress resulting from the Abraham Accords and an indication of what is possible for the future”, he added. “While this move is certainly a diplomatic success, its real value will be the positive impact that it will have on the daily lives of the Palestinians”, said Mr Dark, who is the principal and co-Founder of RC Communications, a Research center based in Washington DC. In his viewpoint, this move is also a hopeful sign of increased diplomacy and real, incremental progress towards prosperity and lasting peace in the region.