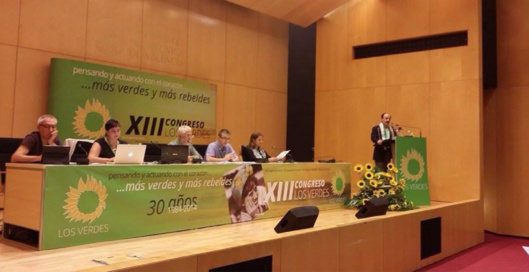 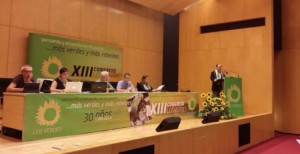 After the departure of the last Spanish soldier from Western Sahara and the end of the Spanish occupation, Morocco inherited from the Spanish colonial power a legacy that puts this part of Moroccan territory in a situation of neither war nor peace.

The Polisario, a separatist movement that was created out of nothing at the very moment Spanish troops were withdrawing from the territory, continues to challenge the belonging of Western Sahara to Morocco and claims, with Algerian support, a self-determination referendum.

It is in this context that the Spanish Greens are holding Spain responsible of the Sahara conflict.

La Confederación de Los Verdes made its standpoint clear in one of the recommendations adopted by it 13th Congress held last week.

The party pleaded for a political solution to the conflict that would take into consideration the interests of the citizens of Morocco’s southern provinces and that would be in line with the principles of human rights.

In a second recommendation, the Congress which was attended by number two of the Moroccan Authenticity and Modernity Party “PAM” Ilyass El Omary, called for the recognition of the cultural, historical and linguistic rights of the Amazigh people of the enclaves of Ceuta and Melilla.

The Green Party, member of the Plural Left coalition “La Izquierda Plural,” also insisted that the Amazigh language in the two Spain- occupied presidios in Northern Morocco becomes an official language and is integrated into educational programs, media and administrative correspondence.

La Confederación Los Verdes had attended the constituent convention of the PAM women association held last March in Rabat. It had then condemned the use by Spain of chemical weapons against the populations of the Rif Mountains in 1924 and apologized to the Moroccan people for the horrors committed by the Spanish army. The Greens had also called the new king of Spain, Felipe VI, to do the same during his first official visit to Morocco last July 14-15.