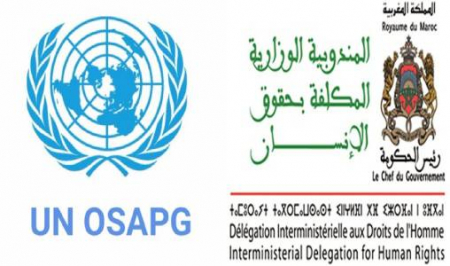 The Kingdom of Morocco, jointly with the United Nations Office for the Prevention of Genocide and the Responsibility to Protect (OSAPG), is co-organizing a High-level Symposium to commemorate the fifth anniversary of the adoption of the landmark United Nations Fez Action Plan on the role of religious leaders and actors to prevent incitement to violence that may lead to atrocity crimes, to be held in Fez, on July 20-21, 2022. The Symposium aims to identify best practices and lessons learned from the Fez Action Plan since its adoption, as well as discuss ways and mechanisms to ensure its implementation that would support international efforts to lay the foundations for peace and security, advance human rights, and stimulate sustainable development, a joint statement by the Interministerial Delegation for Human Rights, the Rabita Mohammadia of Ulemas and the OSAPG said. The Symposium will be marked by the participation of prominent UN officials, representatives of the United Nations system and other international organizations, high-level Moroccan Government representatives, prominent national and international actors and religious leaders, as well as representatives of civil society and relevant stakeholders. The event will focus on multiple topics, including the role of religious leaders in promoting peaceful, inclusive and just societies, strengthening support for the implementation of the Fez Action Plan at the international level, gender approach in further implementing the Fez Action Plan, especially through empowering and enhancing the role of women and youth, highlighting experiences and best practices, as well as holding an interactive discussion to identify future recommendations and the way forward. The Fez Action Plan, which was adopted by the United Nations in 2017, is the result of two years of consultations that were launched in Fez, with leaders of different faiths and religions around the world. This landmark Plan is a tangible tool to prevent incitement to violence that may lead to atrocity crimes, combat hate speech, counter the rhetoric of violent extremism, as well as promote the values of peace and security, respect for human rights and enshrine the principles of coexistence and social justice, according to the same source. Convening of this event demonstrates the strong commitment of the Kingdom of Morocco with the United Nations to promote a culture of peace, promote intercultural and inter-religious dialogue, coexistence and acceptance and respect of others, as well as counter and combat all forms of violence, discrimination, racism and hate speech.