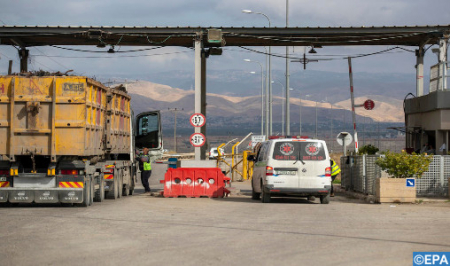 The opening, without interruption, of the Allenby/King Hussein bridge thanks to a direct mediation by Morocco, under the leadership of HM King Mohammed VI, reflects the “pioneering role” of the Sovereign at the service of peace and stability in the Middle East, wrote Salvadorian daily “Diario El Salvador”. This mediation “confirms the standing of Morocco as a stakeholder, mediator, and facilitator of the peace process in the Middle East,” noted the publication, which described the Kingdom as a “key player” in efforts to establish stability in this region of the world. The newspaper noted that the mediation by Morocco is in line with the Kingdom’s initiatives and its sustained efforts in favor of Palestine and the Palestinian people. It also reflects the “pioneering role” that HM the King has always played as Chairman of the Al-Quds Committee in defending the Palestinian cause, it added. According to “Diario El Salvador”, this initiative will have a positive impact on the daily lives of Palestinians as it will promote the smooth movement of people and goods. This noble gesture reflects Morocco’s interest in the Palestinian cause and the well-being of the Palestinian people, the newspaper concluded.