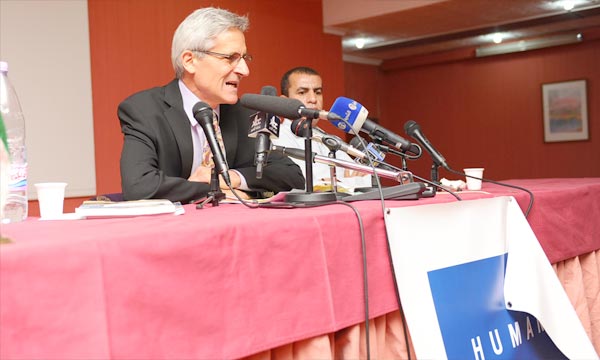 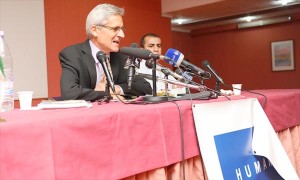 Human Rights Watch (HRW) presented on Saturday in Algiers a report on the situation of human rights in the Tindouf camps, whose content raises a number of questions as to the neutrality, objectivity and true intentions of the American NGO.

Through its report entitled «Off the Radar: Human Rights in the Tindouf Refugee Camps »  HRW has apparently attempted to launder the Polisario bigwigs instead of questioning them on all the abuses and crimes allegedly committed in these camps tightly barricaded by the Algerian army and the Polisario armed militia, as evidenced by Western media, specialized institutes and international NGOs.
The HRW report is obviously very lenient towards the Polisario leadership, and the investigators overlooked many blatant abuses, says a Spanish diplomat positioned in Rabat.
As an instance, the diplomat noted the relatively little interest granted by HRW to the case of the young Mahjouba Mohamed Hamdidaf, a Spanish national of Sahrawi origin. The young woman was prevented from returning to her home in Valencia, Spain, after she made a trip to Tindouf for a family visit. For the Spanish diplomat, this is a crystal clear case of the violation of the right to freedom of movement and expression.
In that case, HRW awkwardly tried to absolve the Polisario leaders holding the young lady’s parents as fully responsible, said the diplomat. She explained that it is the Algerian and Polisario leaders who have forced the parents to confiscate their daughter’s Spanish passport and force her to marry a Sahrawi man from the Tindouf camps.
Despite the videos and stories circulated on social networks that regularly report abuses and violations in Tindouf camps, HRW said in its report that it encountered no case of detention for political views or expression and that it heard only isolated claims of the Polisario security forces torturing or physically mistreating people in their custody, remarked the Spanish diplomat.
The Spanish diplomat also wondered why HRW researchers were finally authorized to conduct their investigations in the Tindouf camps, while their many visa applications have been rejected automatically since 2005? According to the Spanish diplomat, the possibility of a secret deal between  HRW and Algerian authorities is not to be excluded. So many questions deserve responses from Human Rights Watch. Its very credibility is at stake.