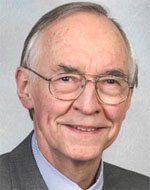 Political leaders, government members, representatives of the sahraouis populations reiterated to Peter Van Walsum, the UN mediator while visiting morocco, the unshakeable will of the kingdom to preserve its national integrity and to implement the autonomy plan for the Sahara.
Presented to the UN on April 2007 and described as «serious and credible” by the United States, the Moroccan autonomy plan is the best alternative to leave the dead end after 32 years of the conflict stagnation.
Peter Van Walsum has visited Tindouf to enquire about the human conditions of the sahraouies populations living in the camps managed by the Polisario Front with the support of Algeria. His tour to the region included Mauritania and Algeria.
Almost one month before the Manhasset fourth round of direct negotiations between Morocco and the Polisario Front, The UN envoy’s trip to the region allows the United Nations to apprehend with more precision the dichotomies between the Polisario’s allegations and reality on the ground. Indeed, whereas the provinces of the south of Morocco experience a very significant development and profit from national solidarity in order to hoist the area on the level of the other Moroccan provinces, the camps of Tindouf know disastrous human conditions prove are the recent testimonies of “legal” slavery denounced by the Australian journalists Violetta Ayala and Daniel Fallshaw.