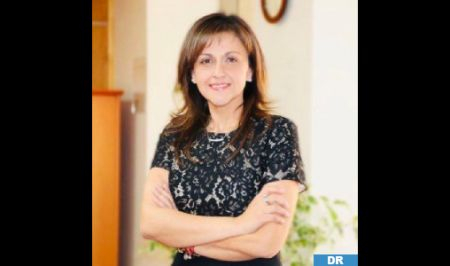 The speech delivered Saturday by HM King Mohammed VI has highlighted “a vision of the future” to resolve definitively and peacefully the dispute over the Moroccan Sahara, said Cristina Orellana, member of the board of the Chilean foundation Latin America/Africa Century XXI. Orellana told MAP that the royal speech also highlighted “the efforts made by Morocco since 2007 until now, by putting on the table and at the United Nations and all international bodies a peaceful solution” to this dispute. Orellana, who is also Honorary Consul of Morocco in Chile, highlighted in this context “the constructive position” adopted by several European countries towards the Autonomy Initiative, in addition to the thirty other countries that have opened consulates in Laayoune or Dakhla. Referring to her recent stay in Dakhla, Orellana said she was “impressed” by the level of development of this city in the southern provinces. “I had the opportunity to visit the region of Dakhla and learn about its economic and tourism development. I saw clear signals that the port under construction will be a huge platform for the development of trade, as planned by HM the King,” explained the Chilean businesswoman. Orellana continued that this “vision of the future” developed in the royal speech is also about the participation of Moroccans around the world in the work of building Morocco, through the support of public authorities and the business community. “I think that the Sovereign has an eye for the next 50 or 60 years” to continue to modernize Morocco, concluded Orellana.