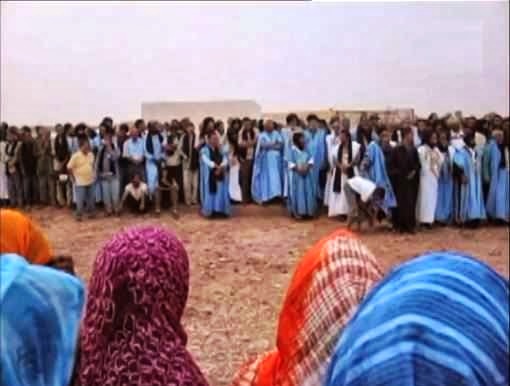 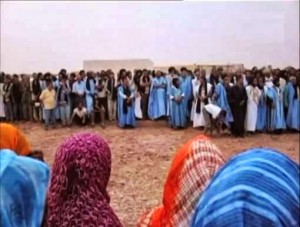 Sahrawis from the Rguibat-Labouihat tribe have multiplied over the past few days demonstrations and sit-ins in the Tindouf camps to claim their rights and make their voice heard.

However, the new modus operandi adopted by the protesters has baffled the Polisario Front leaders. The protesters have actually resorted to a new tactic: they start protests in a camp and then they quickly leave and go to another camp where they do the same thing. Their roaming through the camps enables them to escape the controls of security militias.

Defying the orders imposed by the Polisario, the protesters, mainly the youths, no longer request the administrative authorizations to go from one camp to another.

The demonstrators thus travel from one camp to another, without any prior authorization. And once they arrive in a camp and start their protest movement, they are usually joined by the camp residents, who are all tired of their dire living conditions.

No later than Saturday, November 22, nearly 900 Sahrawis from the Rguibat tribe staged a sit-in outside the UNHCR offices and the Polisario headquarters in the Rabouni camp. The protesters were demanding the release of their relatives arrested and detained in the “Dhaïbia” jail after the incident of Mahjouba Addaf, a young Spanish of Sahrawi origin. The young woman had made a trip to Tindouf to visit her ailing grandmother but when she wanted to go back to Spain, her passport was confiscated to prevent her from traveling. After NGOs in Spain protested the sequestration, the Polisario released the young woman pretending she escaped. The Polisario manoeuvers were not to the liking of the Tindouf camps residents who protested the move.

A resident of the Rabouni camp told us over the phone that what infuriates most the Polisario leader, Mohamed Abdelaziz, and his cronies is that the protesters no longer limit themselves to their usual social and economic claims but wave Moroccan flags and chant pro-Moroccan slogans such as “the Sahara is Moroccan.”

The protesters’ new strategy and new slogans alarm the Polisario leaders who fear to see these mass protests turning into a genuine insurgency that would be hard to control.

Given the upward scale of demonstrations and the turn of events, the Polisario leaders first declared a state of emergency and imposed as of 08 pm a curfew in the camps but later on tried to calm down the protesters and to negotiate with their spokespersons a cessation of protests. But the Tindouf camps’ residents know that the Polisario’s promises are nothing but empty words.